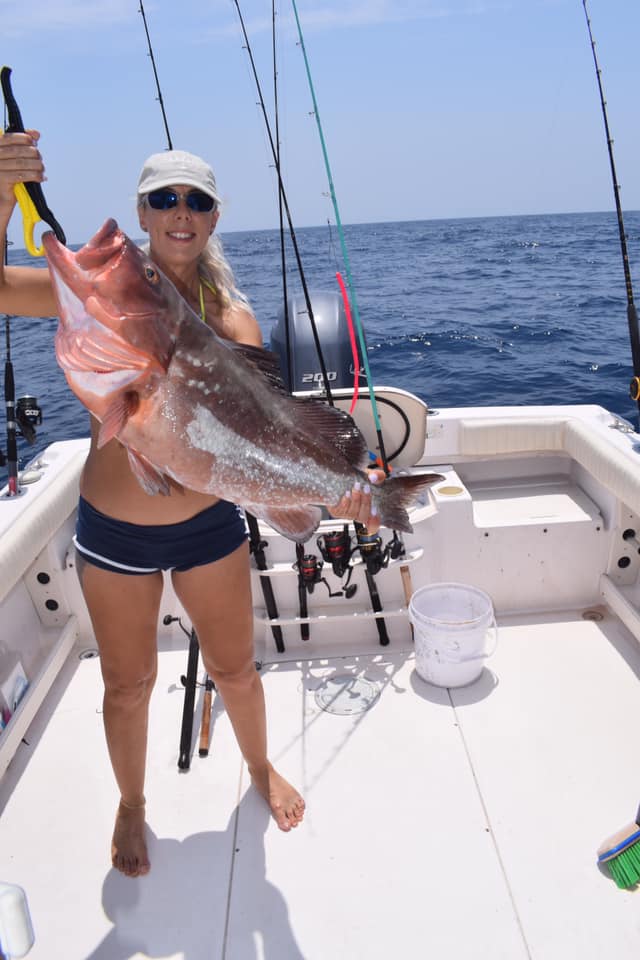 How to Catch Grouper – the Ultimate Guide!

This article will thoroughly cover how to catch grouper. Much of this information I learned by working as both a mate and running fishing charters in Florida. Grouper fishing regulations change constantly! It is up to the angler to stay up do date on the current rules in the areas that they are fishing. The same applies to release tools and venting tools, check to make sure you are in compliance.

There are quite a few members of the grouper family. The most commonly caught grouper species in the United States are gag grouper, red grouper, Goliath grouper, black grouper, and scamp grouper. While they vary slightly in habits by species (they will be covered separately later), for all intents they can be covered together. 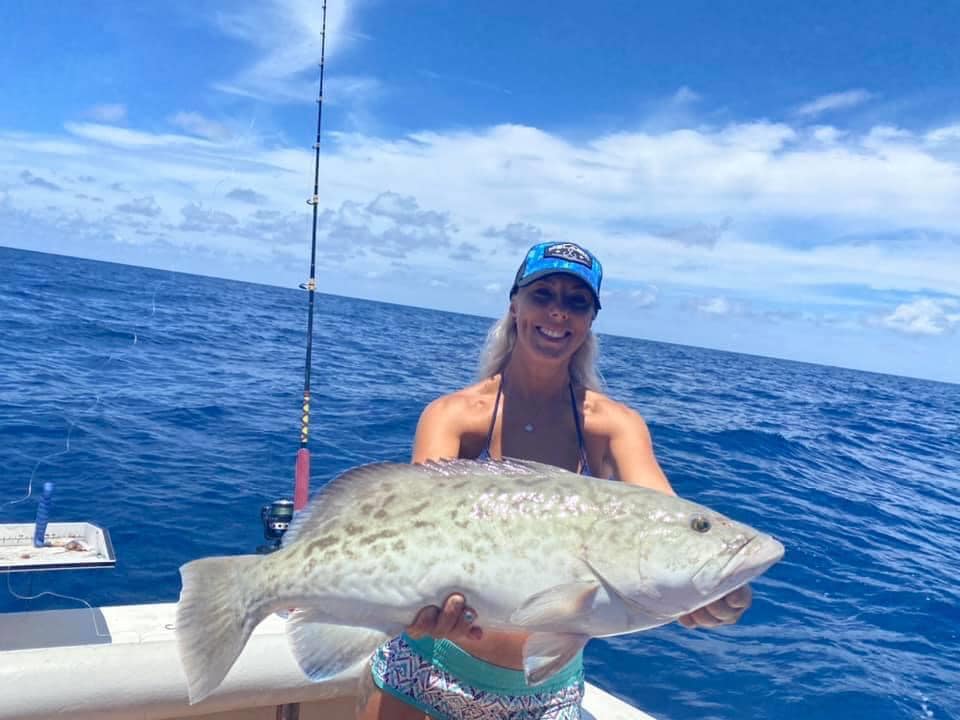 Grouper are a structure oriented species that are usually found on the bottom. Wrecks, reefs, natural ledges, navigation markers, bridges, and areas of hard bottom are top locations. Grouper hide in these structures and then ambush unsuspecting prey. Grouper are opportunistic feeders and will eat just about anything including bait fish, crustaceans, and squid.

How to catch grouper

In a complete oversimplification, grouper fishing is not complicated. Anglers fish live or cut baits on the bottom near structure. That is really all there is to it. However, as in all fishing, there are nuances and specific techniques that will improve the success rate. 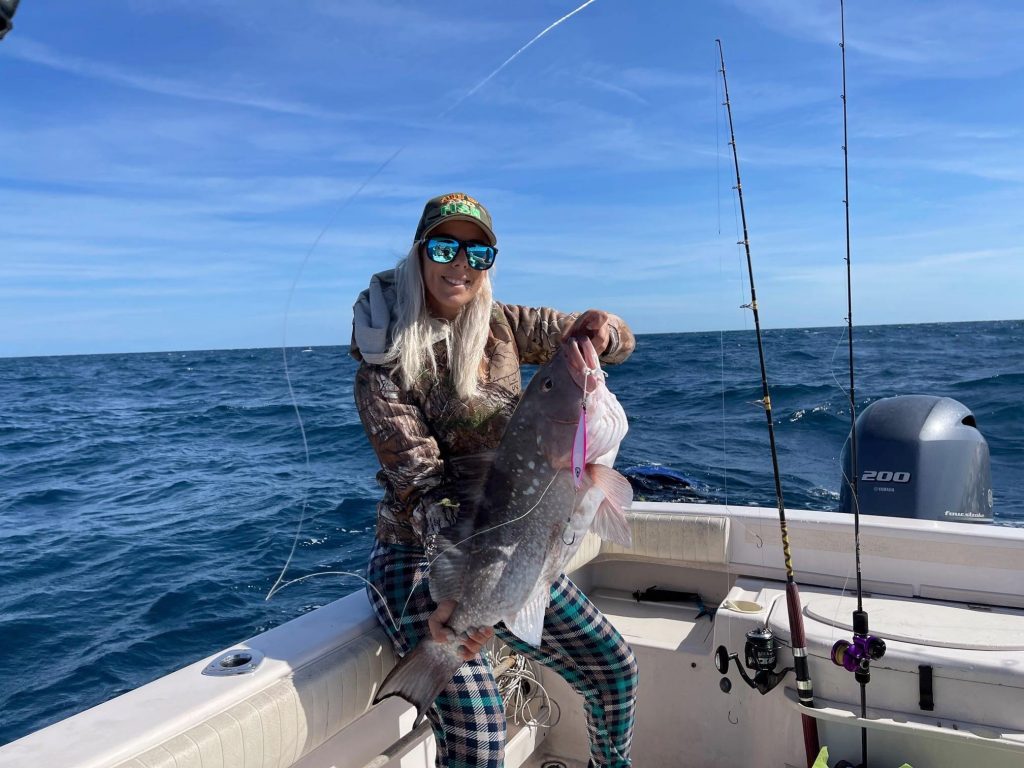 While grouper can be caught in the inshore waters, the vast majority are landed by anglers grouper fishing in the open Atlantic Ocean and Gulf of Mexico. In cooler water they will be found closer to shore, often within a few miles from the beach. In warm weather (and very cold weather) grouper will move out deeper. 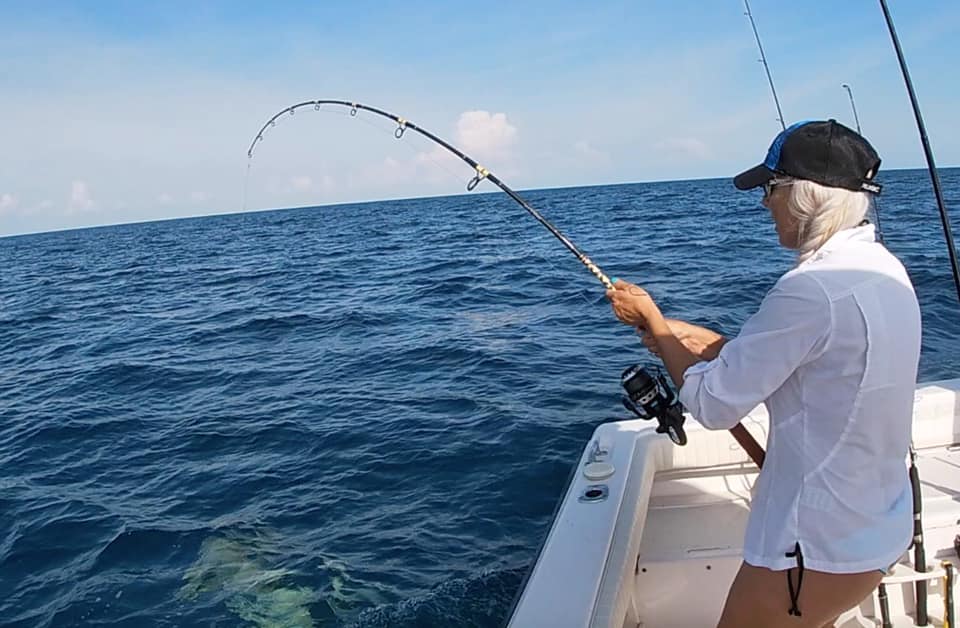 Grouper fishing tackle needs to be stout, this is definitely not finesse fishing! Grouper are almost always hooked near some type of structure. The grouper will dive into holes and other areas, cutting the angler off. Therefore, the fish MUST be turned very early in the battle. This can not be accomplished with light tackle in most circumstances.

Anglers can use both spinning and conventional tackle when grouper fishing, as long as it is stout enough to turn an angry grouper. The majority of anglers opt for conventional tackle and heavy rods, particularly when fishing deeper water. A Penn 4/0 Senator reel with matching rod and 50 lb to 80 lb braided line is a standard combo. Penn Battle 6000-8000 spinning outfits work well for anglers fishing water less that 100 feet deep. 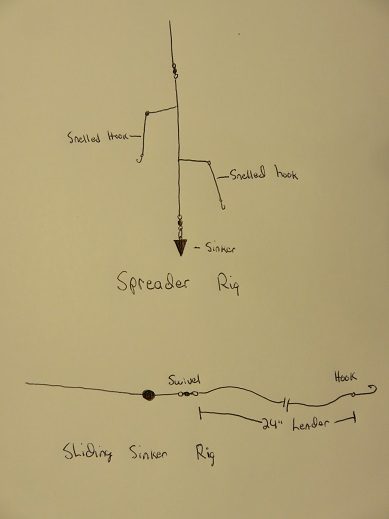 Grouper fishing is really basic bottom fishing. Therefore, a few simple rigs will get the job done. A sliding sinker rig (also known as a Carolina rig), is used by many anglers. The leader length can be a few feet long or twenty feet long, depending on the depth and water clarity. Generally speaking, the shallower the water the shorter the leader. The sliding sinker allows the grouper to pick up the bait without feeling any resistance.

A variation of this is called a Knocker rig”. With this rig the sinker sits right on the eye of the hook. This rig is faster to tie and results in less snags. Also, the bait will be right where the sinker sits. This is a great option in cold water and when fishing smaller pieces where bait presentation is critical. The knocker rig also facilitates easy weight changes. 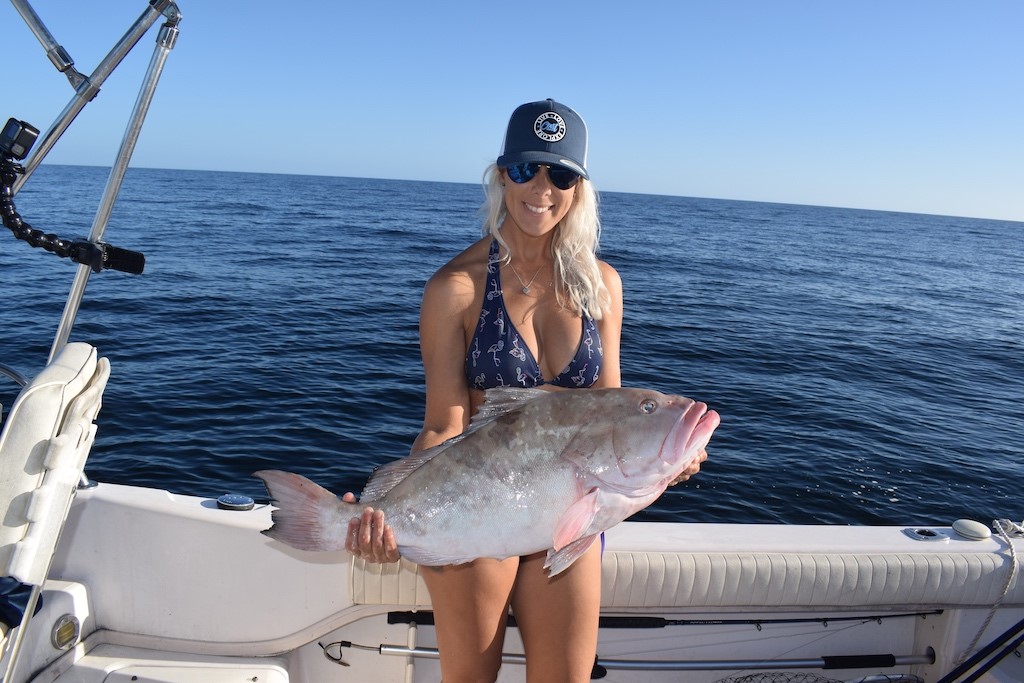 A dropper rig or “chicken rig” can be used when grouper fishing as well. It is a good choice when drifting and works best with pieces of cut bait. It is also a great option when snapper species and other desirable bottom fish are a good possibility.

The basic rule of thumb is to use the lightest sinker and smallest hook that will get the job done. Conditions will dictate the weight needed; water depth and current speed along with wind speed when drifting are the primary factors. 2 ounces up to 8 ounces are commonly required. Sliding egg sinkers are most often used. 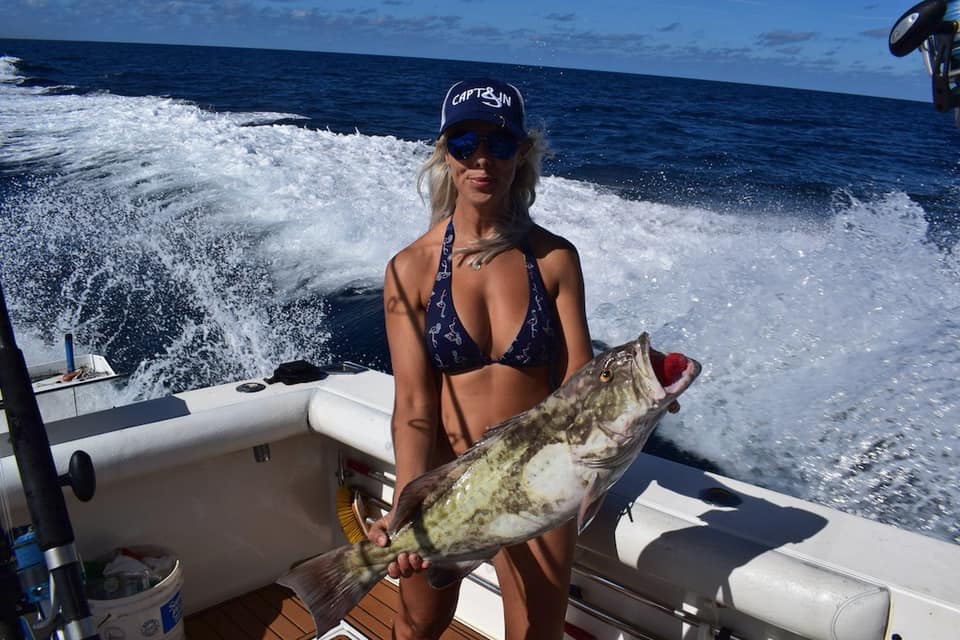 There are many different choices when it comes to hooks for grouper fishing. Most anglers now use circle hooks. In some areas, such as the Gulf of Mexico, they are required. Circle hooks greatly increase the survival rate of released fish. 10/0 is a good all round size.

Grouper are opportunistic feeders, they pretty much will eat anything. Just about any legal fish can be used live or cut up. Anglers often stop on the way out to load up on squirrel fish, grunts, sardines, ballyhoo, threadfin herring, blue runners, or other small fish. A large live shrimp is a terrific bait for groupers and snappers. Pinfish are available on the inshore flats and at bait shops and are a productive grouper fishing bait. 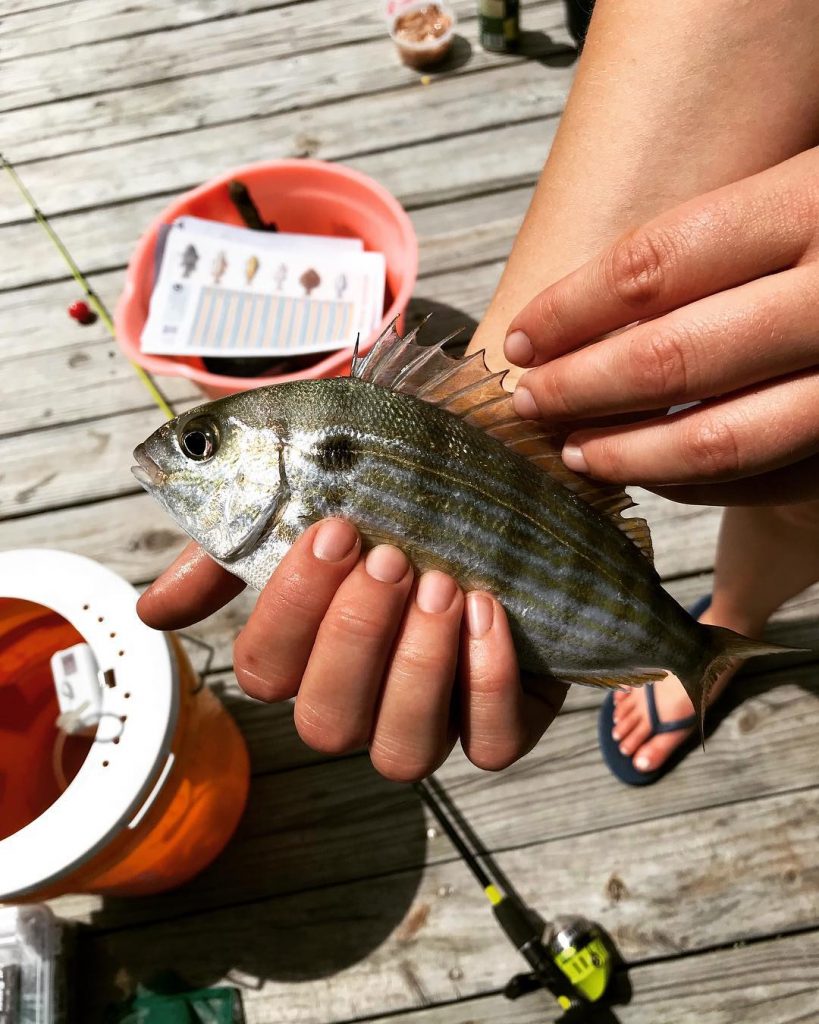 Frozen bait works very well for grouper, sometimes even better than live bait. Spanish sardines are a top bait, as they put out a lot of oil and scales as they thaw. Squid is a great universal bait that catches everything that swims. Mullet, bonito, mackerel, and other oily fish make good frozen grouper bait. Artificial lures can be used effectively for grouper and that will be covered in a later section.

How to catch grouper – top techniques! 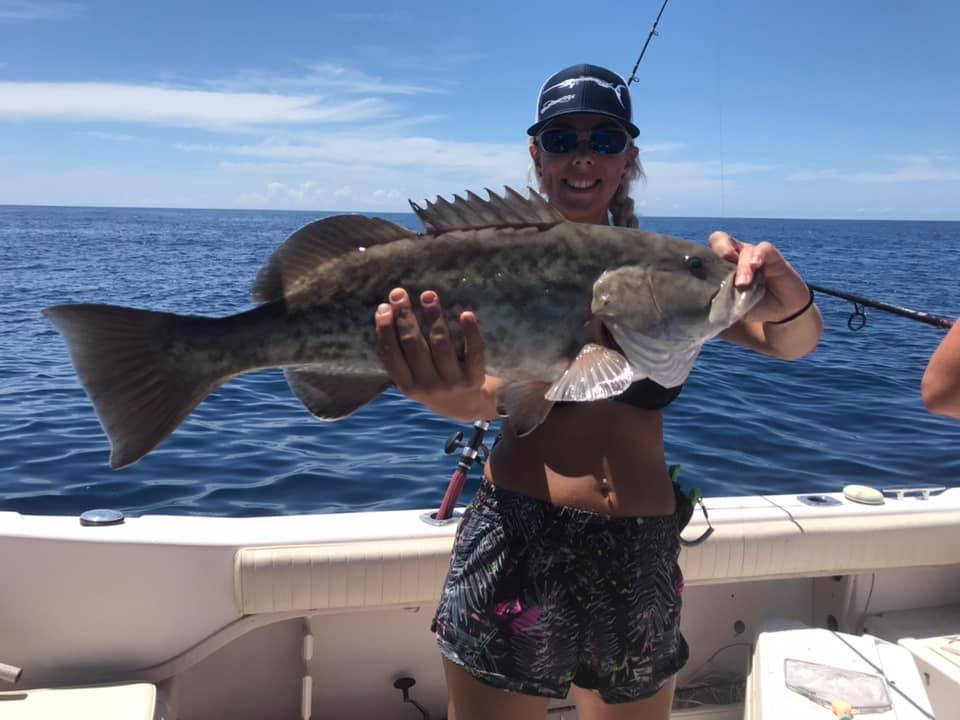 So, with everything else ready, it is time to go fishing! Grouper are bottom species. Anglers closely guard their favorite grouper fishing spots. While public numbers will produce, the best spots are ones that anglers find on their own. These are much less pressured and can remain productive for decades!

One excellent way to locate ledges and other bottom structure is to troll. I personally have found some of my best grouper fishing spots while trolling for king mackerel. It is easy enough to save good looking marks and then fish them at a later date.

Once a spot is chosen, it is time to position the boat. You notice that I did not say anchor! While many larger boats do anchor, GPS trolling motors have revolutionized grouper fishing, negating the need to anchor. Anglers who do anchor take the wind and tide into account and try to put the boat in the ideal spot.

In most cases, the best approach is to place the boat a bit up tide of the structure that is going to be fished. That way when the baits are lowered, they will float back to the structure and fish. The same applies to chum, there is no sense in having it flow behind the structure. The deeper the water, the farther up-current the boat should be placed.

One trick I learned is to start the bite off with smaller pieces of cut bait such as Spanish sardines and squid. This will get the smaller snappers and other bottom fish fired up, attracting the attention of grouper. If the smaller fish suddenly quit; get ready! This usually means the big boys are cruising. 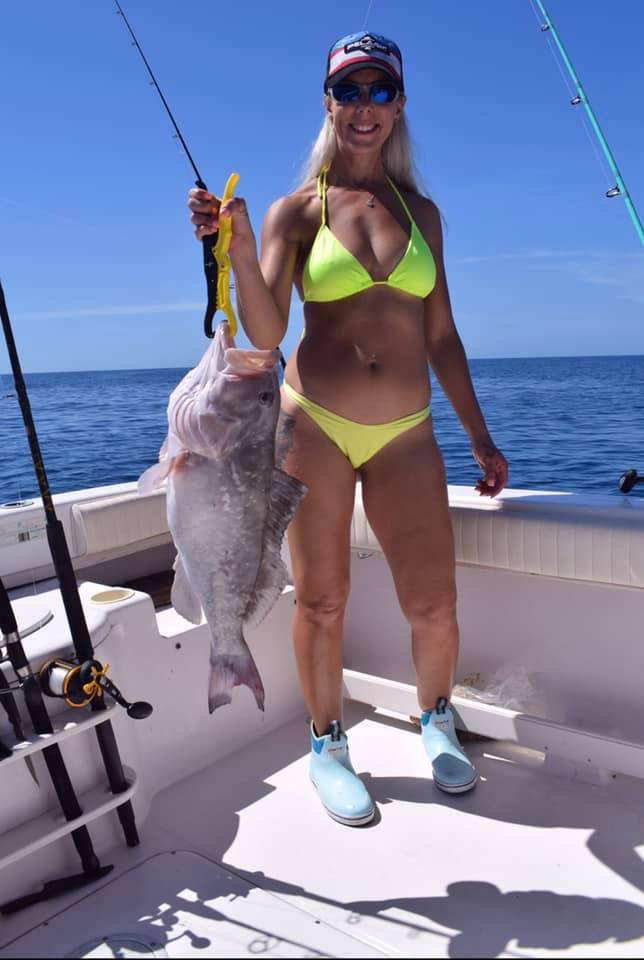 The same applies if one of the lighter rigs gets trashed by a big fish. This is a good sign that the grouper are active. I like to start with larger pieces of cut bait before using any live bait. Anglers can often catch a few on cut bait and then switch to live bait if the bite slows. However, it usually does not work when doing it the other way around.

Baits and chum for grouper

Another tip that I have learned is that is cold water, grouper can be reluctant to chase around a live bait. A nice oily sardine slowly thawing on the bottom will often entice a grouper that is not actively feeding. I like to cut the sardine in half on a bias, increasing the scent in the water.

Chum can be important when grouper fishing, but anglers will do best by starting off slowly. I have seen many times when a couple of sardines cut into small pieces and tossed overboard was all it took to get them going. Frozen blocks of chum are convenient and effective. Just remember that the fish should get excited, but not filled up. 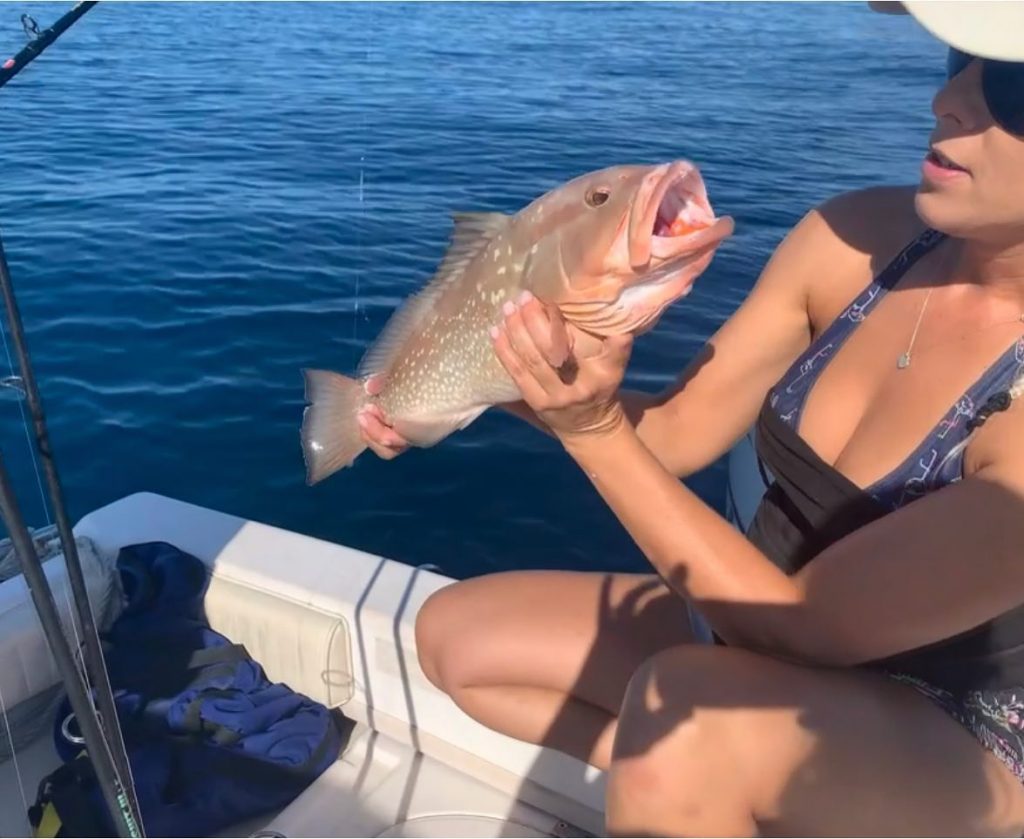 Novice anglers grouper fishing often miss the bite by trying to ‘set the hook”. This is especially true with circle hooks. The best approach is to keep the rod tip low, wait for a steady pull, then quickly reel while slowly raising the rod tip. This will not only hook the grouper, but hopefully get it a few feet from the structure. Drags are usually set very tight, no quarter can be given!

While the vast majority of grouper are caught on natural bait, lures can be successful. In areas where gag grouper move shallow, such as the west coast of Florida and the Bahamas, trolling large deep diving plugs is very effective. It is also a great way to find new spots. 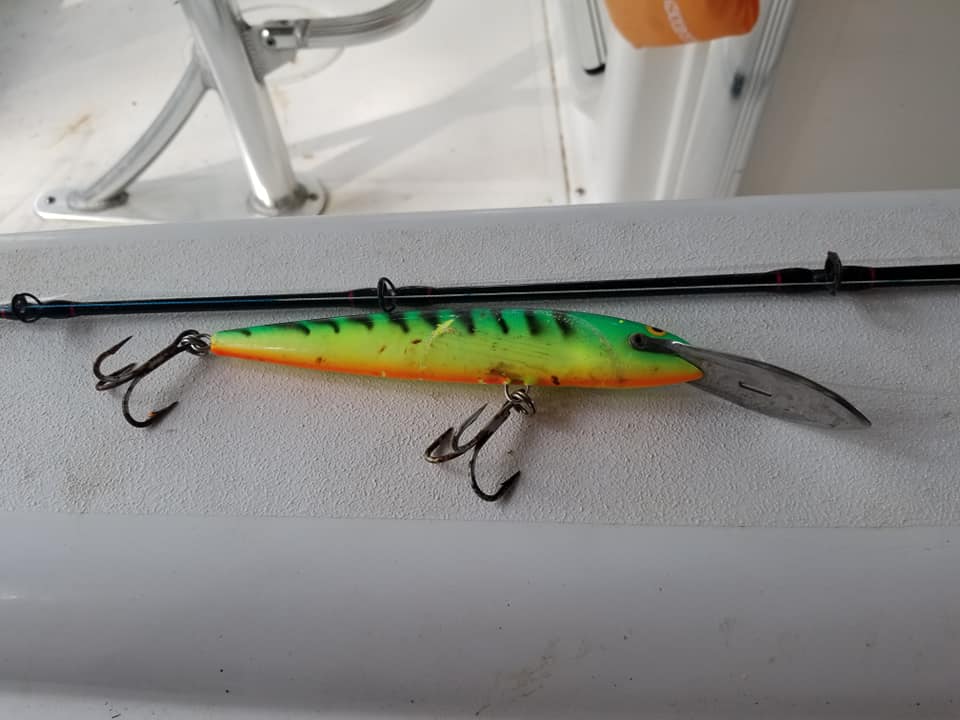 Jigs can also catch grouper. Vertically jigging butterfly jigs is a relatively new technique. It is often used in deeper water and eliminates the need to check the bait. Standard buck tail jigs work great and often a strip of squid is added to sweeten up the offering.

There are several species of grouper that anglers fishing the Gulf of Mexico, Atlantic Ocean, and Caribbean can target and catch. The Bahamas has a very that will not be covered. Most grouper species are similar in looks and habits. 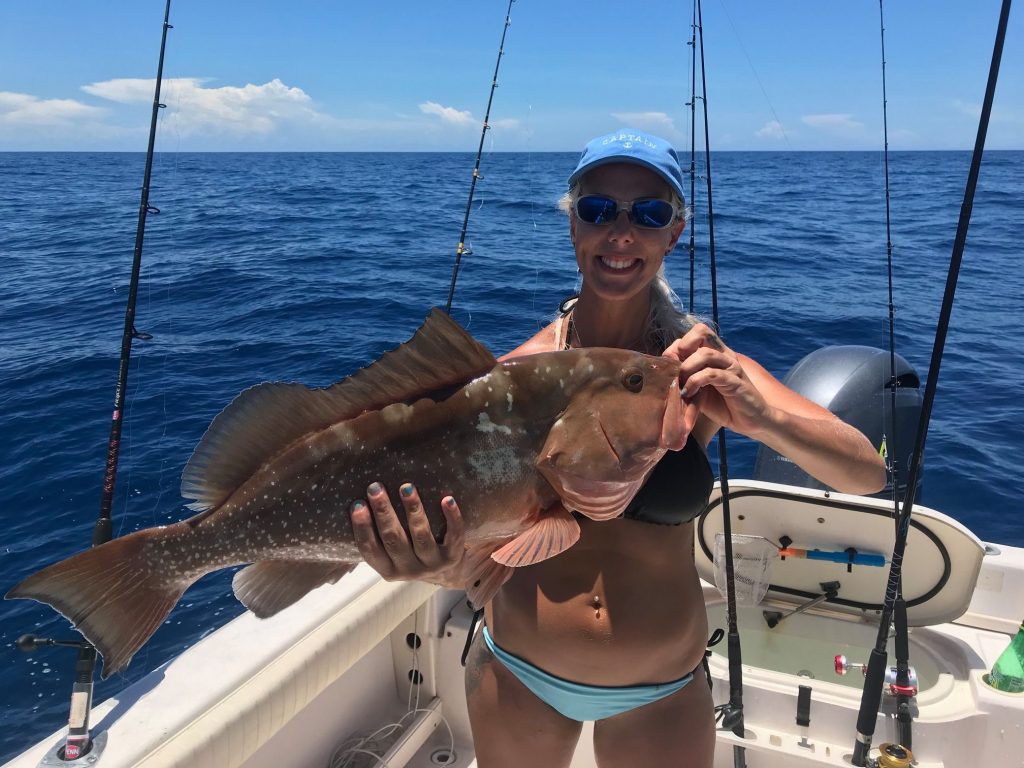 Red grouper are the most widely distributed grouper species. They are plentiful in the Gulf of Mexico. Most grouper purchased in stores and markets are red grouper. They are probably the easiest to catch as they seem to be less fussy. Cut bait works fine. Red grouper are often found on areas of hard bottom with little relief. 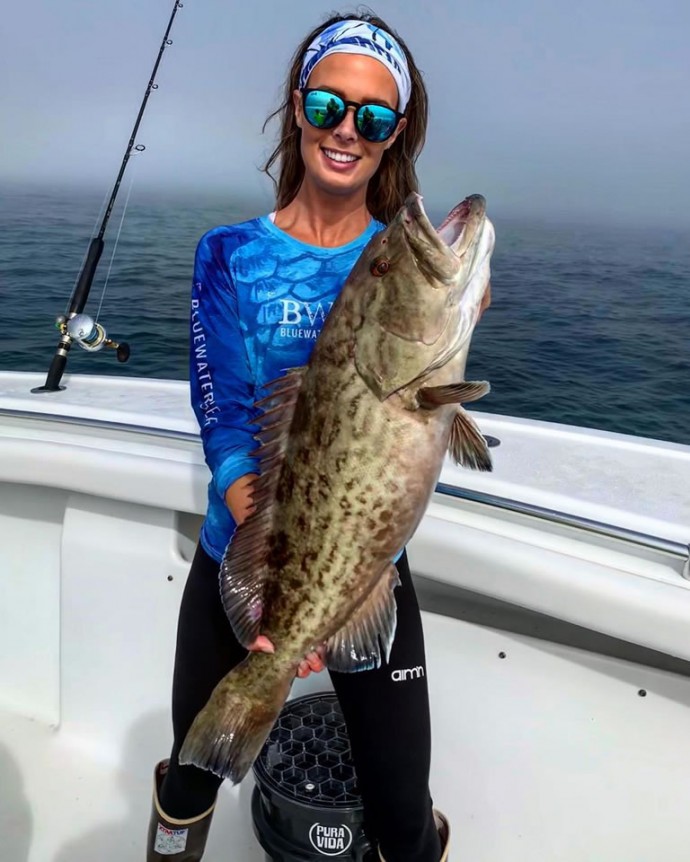 Gag grouper are very popular in the areas where they live. They are caught shallower that the other grouper species, even inshore around docks and bridges. Many consider them the best to eat. Live baits can often be more effective. Trolling with plugs works great when grouper move shallow. 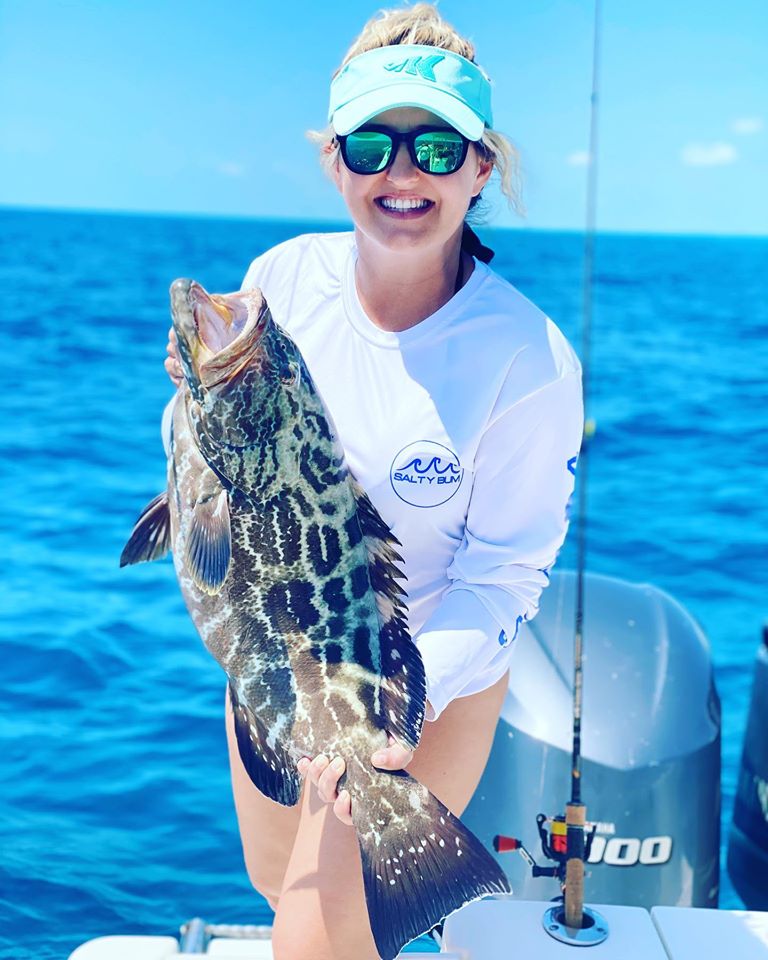 Black grouper, (true blacks) are similar in look to gag grouper, but the markings are a bit different. Black grouper are found in warmer waters as well. They put up an incredible fight for their size. 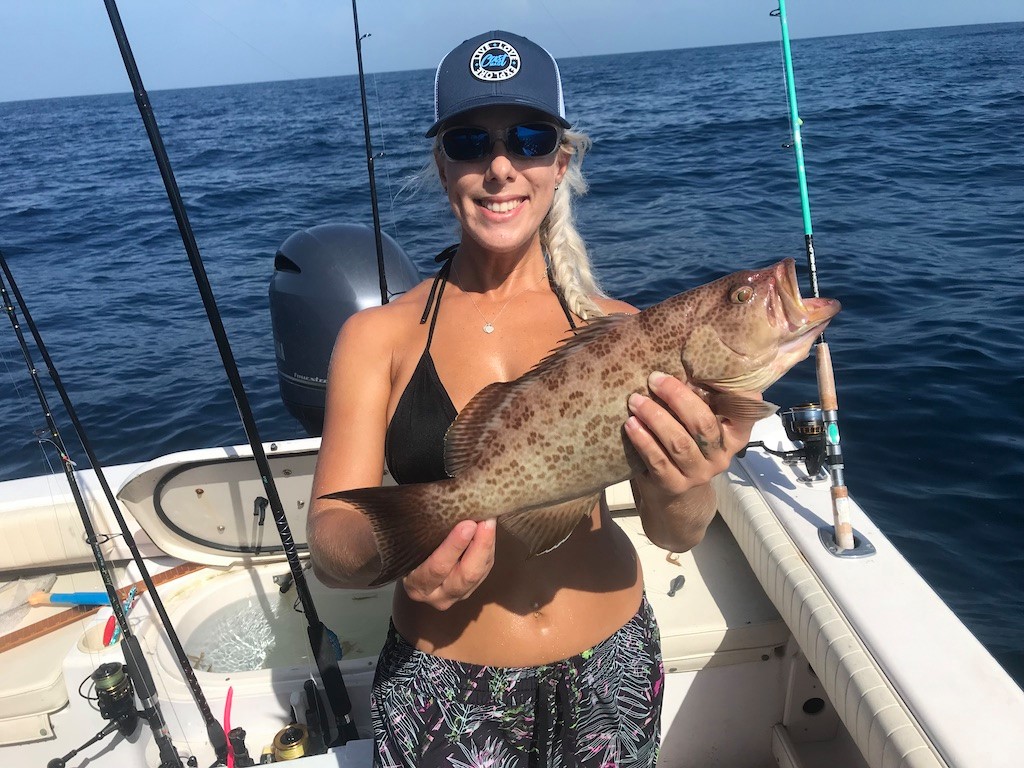 Scamp grouper are smaller and are found in deeper water. They are fantastic eating! In most cases they are an occasional, but most welcome species.

In conclusion, this article on how to catch grouper will help anglers catch more of these hard fighting and great tasting bottom species!